You are here: Home1 / News and Events2 / Parish News

Did you know the MK mobile library comes and parks at Lucas Place, Woughton on the Green every other Friday from 11:45 am to 12:15 noon.

Why not keep an eye out for it and hop on board the book bus and access the great facilities it offers.

Don’t have a library card? You can sign up on board.

There are hundreds, maybe thousands of books as well as pink recycling sacks and other media available to borrow.

It is a very underused resource on our doorstep. Lets use it or we may loose it! 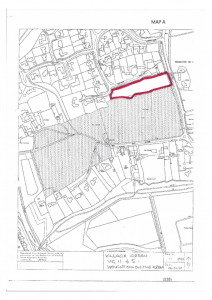 held in the Civic Offices, Village Green Status was granted to a parcel of open land in the parish of Old Woughton, adjacent to the existing Green, which already has village green status.  This was despite objections raised by the Parks Trust, who lease the land, and the owners, MK Borough Council. The applications had been made within the guidelines of the 2006 Commons Act of Parliament. The necessary time has now passed following the meeting, when an appeal could have been made and so village green status is confirmed. 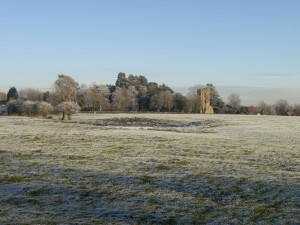 Woughton Park and Passmore village greens last year. The VG application was submitted by Woughton on the Green resident Philip Nash, also a parish councillor. At the regulatory committee meeting he and parish councillors Charlotte Hall and Andrew Humphries put the case to the committee. This followed  a campaign in which 68 residents had filled in questionnaires to support the application. Thanks are due to all residents who took the time to support the application and fill in the questionnaires.

The main benefits of registering land as a green are to:

There is one more village green application, for the Orchard, that will be heard by the next Regulatory Committee meeting on the 6th September. 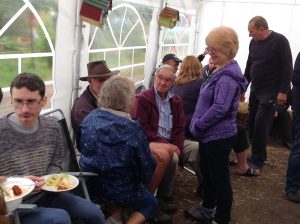 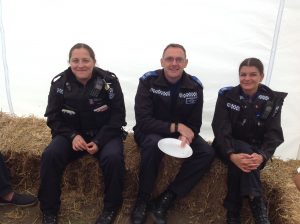 On the 23rd January Woughton Heritage together with over 120 residents enjoyed a relaxing coffee morning to mark and celebrate the official 50th Birthday of Milton Keynes.

Visitors had the chance to view some of our material from the last two exhibitions and enjoy delicious coffee, cake and conversation!

A huge thank you to Mercure Parkside Hotel for their fantastic hospitality and generous welcome!

Further information will be available in the next newsletter about forthcoming events and key dates.  We will be meeting in February to start to plan our next exhibition which will focus on the development of the area since 1967.  If you would like to join the group, please contact us at: