You are here: Home1 / Foundation Page 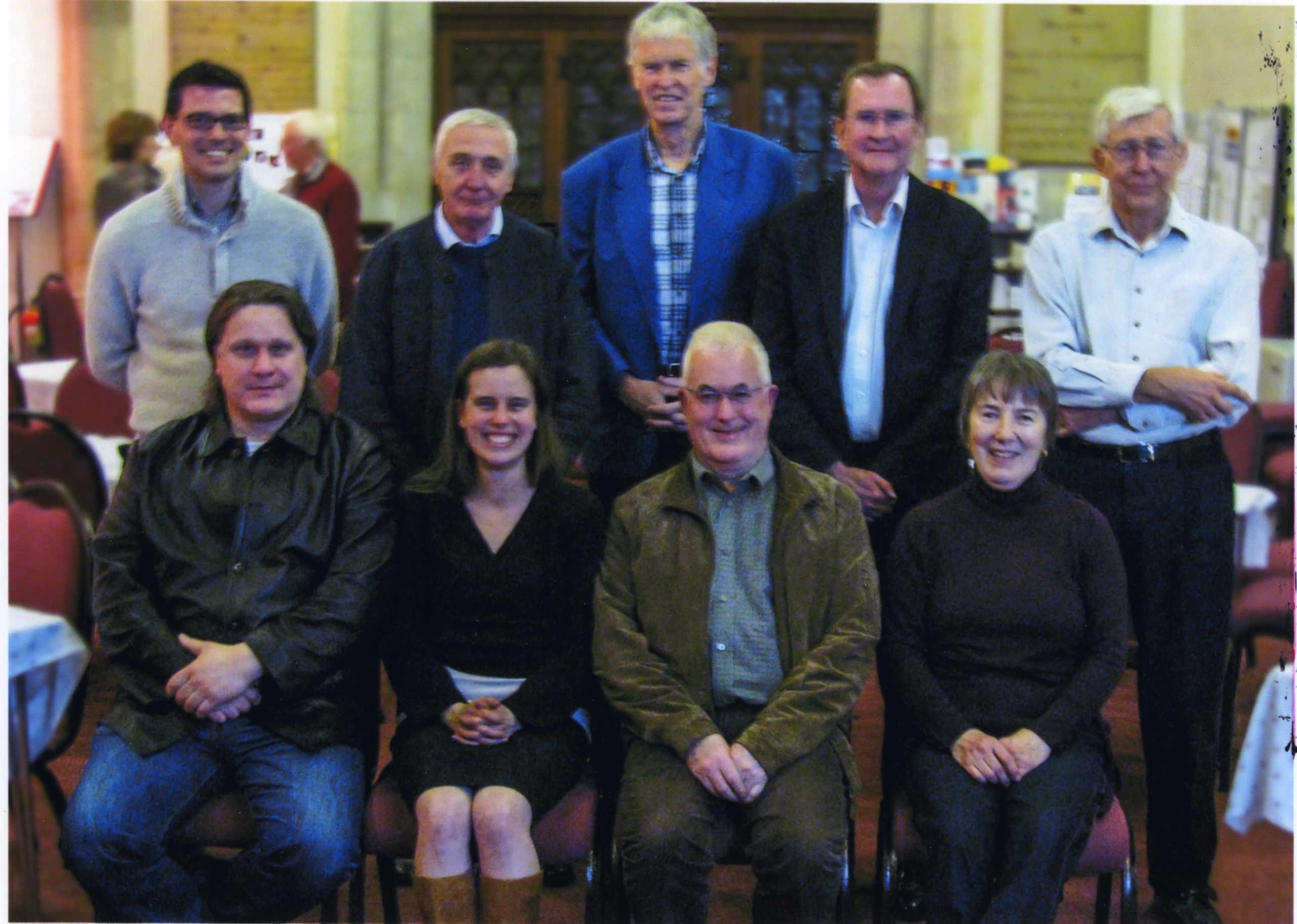 Old Woughton Parish Council April 2014 with all original Councillors except Stella O’Neil who had, by then, been replaced by Rob Grindley 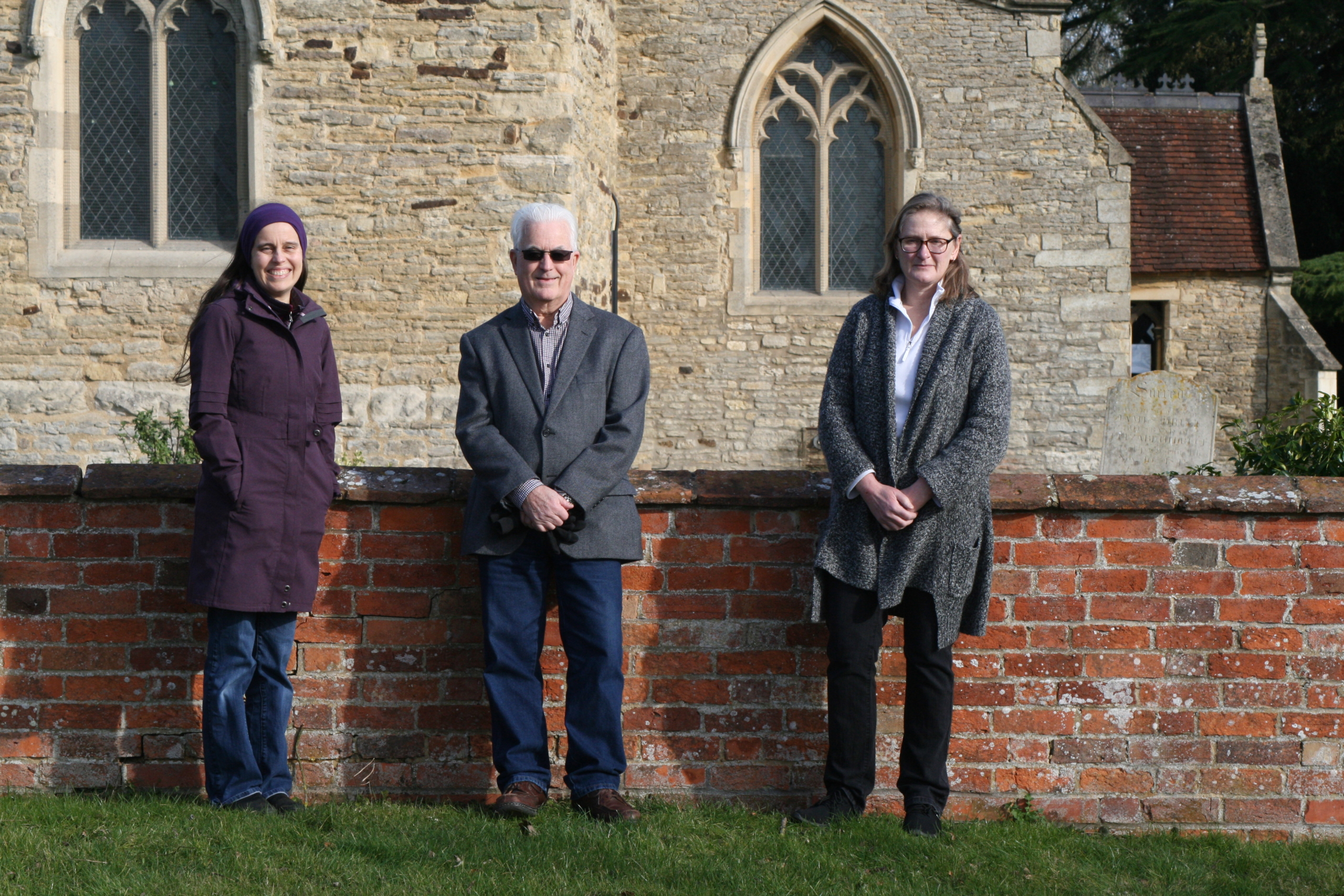 Parish Chair Persons, past and present.

From the left Lorraine King, Andrew Humphries and Charlotte Hall

The very first meeting of Old Woughton Parish Council took place in May 2012. It was chaired by Cllr. Lorraine King. However, this momentous event was just the culmination of a strenuous campaign lasting 24 months by residents and Ward Councillors to convince MKC to allow us to break away from the Woughton Community Council and form our own Parish. This briefly, is the story of that crusade.

Back in the late autumn of 2009, our ward councillor alerted us that boundary reviews were due in 2010 and this might be an opportunity for us to raise the possibility of forming a new parish. For some time, there had been disquiet in our mainly rural area that our democratic voice was lost within a very large urban parish.

In the spring of 2010 a number of residents from Passmore, Woughton Park and Woughton on The Green got together and looked at the options. Woughton on The Green could join with Woolstone; Woughton Park could join with Simpson and Ashland or, the three areas could just ‘gang together’ and form a new parish. MKC’s Democratic Services lead, (who guided us through the process from beginning to end), carried out a residents’ survey. 83% voted for change and the ‘one for all’ solution was the most popular and most logical choice.

Under the working banner of ‘Small is Beautiful’ our campaign committee was formed to make the case for establishing a new parish that would later be named ‘Old Woughton’. The words ’Small is Beautiful’ were chosen by the local residents because they exemplified their feelings, desires and strong belief that they were a community. The area encompassed a cohesive group of like-minded people, brought together by their views and needs, irrespective of geographical boundaries.

Although the campaign started with a small team it was not long before many enthusiastic residents got involved. I was its first co-ordinator – Lorraine took over in the final days of the campaign. We met regularly. We published newsletters and publicity materials, carried out resident surveys (designed and analysed by the late Phil Wareham) and petitions, organised public meetings and, attended and spoke at MKC council and public meetings. We also encouraged and supported residents to raise their voices in support of our aims. We published letters and articles in the local press and kept all Milton Keynes Ward Councillors and other stakeholders such as neighbouring Parish Clerks, the CEO MKC, MK Parks Trust, Thames Valley Police, Broughton Fire Service, MK Dons, British Waterways and local businesses informed of our campaign’s progress.

Unfortunately, we failed to convince MK council members in March 2010 – probably because we had not had enough time to ‘get our act together’. However, on Tuesday 19th October 2011 at a full council meeting chaired by the Mayor – residents, campaign committee members and several ward councillors spoke eloquently in our support and ‘we won the day’! I clearly remember one Councillor addressing the chamber: “The residents have overwhelmingly made their wishes clear. If we ignore them (he implied for party reasons) then they will not give up and will keep coming back to us.” Our official Proposal which we widely circulated in Milton Keynes is available for you to download here.

MKC’s Democratic Services lead and our Ward Councillor were both present at our inaugural Parish Council meeting which was also attended by many residents. Our Ward Councillor said “I wish the essence of the democratic spirit demonstrated by Old Woughton Parish could be bottled and distributed across the rest of Milton Keynes.” Ten years later I believe these words sum-up vibrant Old Woughton and its parish council.