On Tuesday the 5th July 2016 at a meeting of the MKBC Regulatory Committee held in the Civic Offices, Village Green Status was granted to 2 parcels of open space land in the parish of Old Woughton, south of Passmore and between Foxton and Castle Rose in Woughton Park. The applications had been made within the guidelines of the 2006 Act of Parliament. No objections were made by members of the public or the landowner (MKBC).
MKBC had been advised by their officers not to grant this status, having obtained legal advice on a disputed point in law, upon which they were unable to give evidential proof. Objections to this decision were put forward by councillors Judith Howson and Mike Blomley from Passmore and Stuart Bennett, retired councillor from Woughton Park. 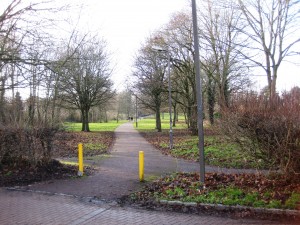